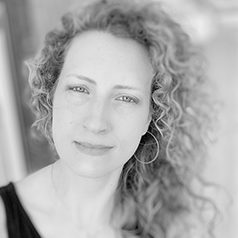 Veronica Nieves is leading the AI4OCEANS Group. She is based at the University of Valencia in Spain, where she joined the Image Processing Lab as a distinguished researcher in 2020. Her current research focuses on understanding the ocean’s role in the global climate system under global climate change via artificial intelligence. She is lead developer / contributor of several models and techniques for: identifying regional coastal sea level variability and change; extracting salinity / freshwater content information; tracking ocean currents; characterizing eco-hydro-geomorphological processes across scales. She combines the modeling with both in situ and satellite-based measurements. She has a background in climate, physical oceanography, and Earth system modelling. She has previously worked at the University of California Irvine, NASA’s Jet Propulsion Laboratory / California Institute of Technology and the University of California Los Angeles. She was a member of the NASA Sea Level Change Team. Google Scholar

Dr. Nieves received her B.S. degree in Physics in 2002, and the M.S. degree in Meteorology and Climatology in 2003, both from the University of Barcelona. In 2008, she earned her Ph.D. degree in Applied Physics and Scientific Simulation from the Polytechnic University of Catalonia while working at the Institute of Marine Sciences, CSIC. In her research, she worked on the development and application of innovative multifractal-based models to characterize ocean currents and coherent structures (jets, eddies, and filaments). Before completion of her Ph.D., she was awarded by the EU Socrates programme with a six-month research visit at the University of Toulon et du Var, and also held a short-term appointment at Scripps Institution of Oceanography. In 2009 and 2010, she was awarded a Balsells Postdoctoral Fellowship to pursue research in the Hydroclimatology Group at the University of California, Irvine. During that time, she was actively involved in the development of a unified framework for characterizing multi-scaling behavior of environmental conditions, e.g., rainfall, soil moisture and topography, in terms of macroscale properties. In 2011, she was awarded by NASA with the NASA Postdoctoral Fellowship and joined the NASA’s Sea Level and Ice Group at the Jet Propulsion Laboratory (JPL). From 2011 to 2014, she worked on a number of projects on Earth’s global heat and freshwater budgets at NASA’s JPL and the California Institute of Technology. From 2014 to 2019, she held a joint position with the University of California, Los Angeles, at the Joint Institute for Regional Earth System Science and Engineering first as an assistant researcher, then as associate project scientist. Since 2018, she is a member of the Pool of Experts of the United Nations Regular Process for assessing the state of the marine environment. She also is a management committee member and expert of the European COST Action CA19139 (Process-based models for climate impact attribution across sectors). Over the past years, she has participated as a member of the scientific committee of several US CLIVAR sessions, and as an expert assessor in decadal climate variability for the National Academy of Sciences of the United States. She also was a member of the NASA Sea Level Change Team. In addition, she has often served as a reviewer in the evaluation process of scientific grants and journals, and as a jury member for several awards. She was an advisor for the NASA FIELDS and NSF GLOBE programs. Among other awards and recognitions, she has received O-1 visa and distinction in the field of climate sciences. In recent years, her efforts have focused on combining modeling and statistical techniques to help assess the regional effects of climate change in the oceans. During 2019, she was on sabbatical at the Institute of Marine Sciences in Barcelona. The same year, she received the GenT-CIDEGENT Reintegration Grant for Researchers of Excellence and was awarded with the title of distinguished researcher. Through this opportunity she is currently leading a team at the University of Valencia to tackle some of the climate challenges that lie ahead, using innovative and synergistic approaches that combine artificial intelligence with ocean and climate science. 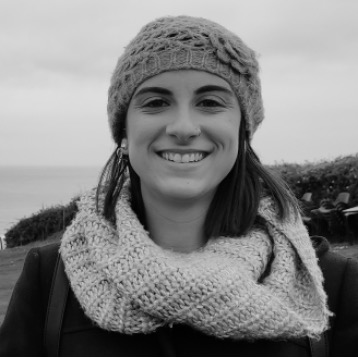 Cristina holds a M.Sc. in Remote Sensing from the University of Valencia and is currently conducting her PhD research within the CIDEGENT grant-funded MALOC project. She is working on the development of statistical, physical and hybrid methods for modeling climate variability and change. She has a background in Earth observation data and machine learning methods. 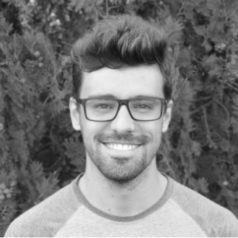 Javier, former Senior Research Technician in our group, is currently doing his PhD on the integration of machine learning techniques to assess pre-hurricane conditions in the context of our ESA co-funded MALOPH project. He completed his M.Sc. in Remote Sensing at the University of Valencia in 2020, and has a background in remote sensing techniques, analysis, and applications. 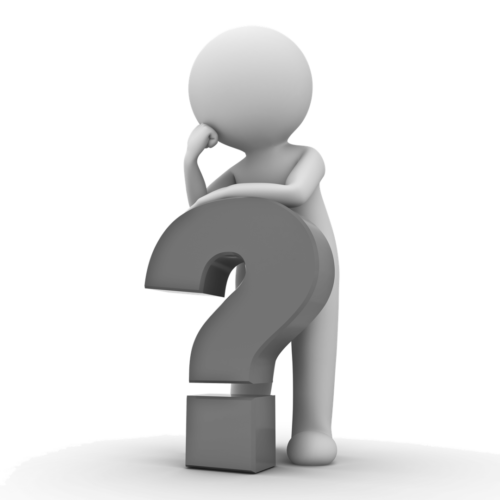 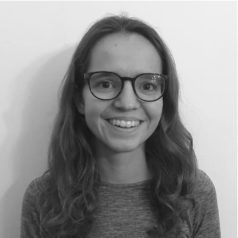 Ophelie is a Physical Oceanography PhD Student at Imperial College London, within the Science and Solutions for a Changing Planet Doctoral Training Partnership. Her research focuses on the role of the Antarctic Intermediate Water in the overturning circulation and its evolution with climate change. 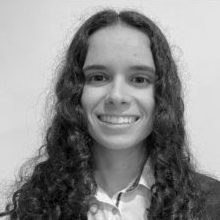 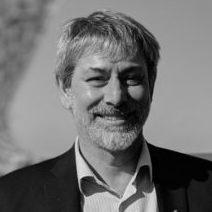 Dr. Tissot is the Conrad Blucher Institute (CBI) Chair for Coastal Artificial Intelligence at TAMUCC and a Co-PI for the National Science Foundation Artificial Intelligence Institute for Research on Trustworthy AI in Weather, Climate, and Coastal Oceanography, or AI2ES. Dr. Tissot’s research has focused on the development of artificial intelligence methods for the analysis and predictions of environmental systems with a focus on coastal physical processes. Projects include developing operational predictions for coastal inundation, navigation, and emergency management. Other research includes studying relative sea level rise, the spatial variability of vertical land motion and their societal impacts. 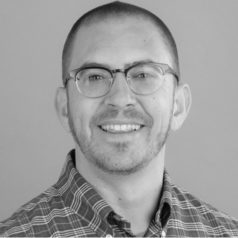 Dr. Medrano is the Director of the Geospatial Optimization & Analytics Lab (GOAL) and Assistant Professor at TAMUCC. His work focuses on spatial computation research, and he is interested in using artificial intelligence to solve computationally demanding location problems. Topics include fast optimization algorithms and heuristics, multi-objective optimization, diverse near-optimal solutions, and parallelization of network algorithms for use on high-performance computing resources. 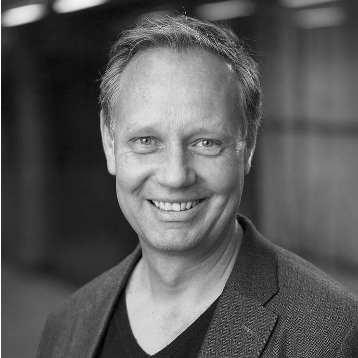 Dr. Becker is a Professor in the Environmental Sciences department at Ramapo College of New Jersey (RCNJ), where he also served as a Provost and Vice President for Academic Affairs. His current research interest is focused on upper tropospheric air circulation patterns and their impact on extreme weather events (such as hurricanes, heat waves, cold spells, and flooding) in the eastern United States and other parts of the world. Projects include developing numerical modeling of atmospheric processes and changes, and health impacts of global climate change. 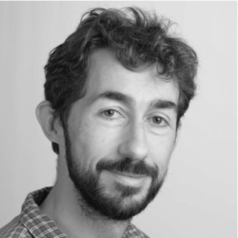 Dr. Le Saux is a Senior Scientist and Core Team Staff Member in the Φ-Lab at ESA/ESRIN, working on data-driven techniques. His work is at the crossroads of statistics, machine learning, and data science. He is interested in tackling practical Earth Observation problems, such as understanding global environmental change, monitoring activity and natural hazards, or leveraging massive data sets, to build consistent models and help decision-making process. 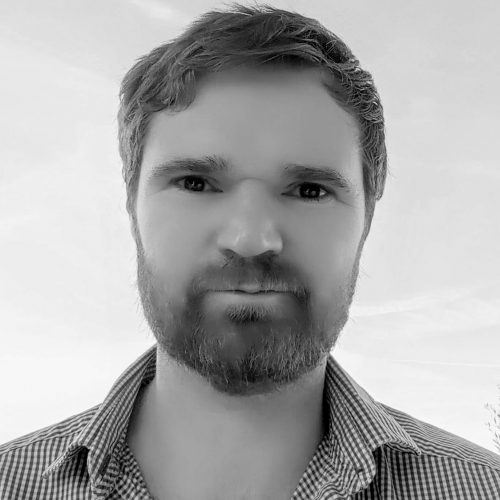 Dr. Longépé is an Earth Observation Data Scientist and Core Team Staff Member in the Φ-Lab at ESA/ESRIN. He has been working on the development of innovative SAR-based applications for environmental and natural resource management (ocean, mangrove, land and forest cover, soil moisture, snow cover, and permafrost) and for maritime security (oil spill, sea ice, iceberg, and ship detection/tracking). His main research interests include (EO)SAR remote sensing and digital technologies, such as machine (deep) learning.